The Museum of Utopia and Daily Life unites the Documentation Centre of Everyday Culture of the GDR and the Beeskow Art Archive. 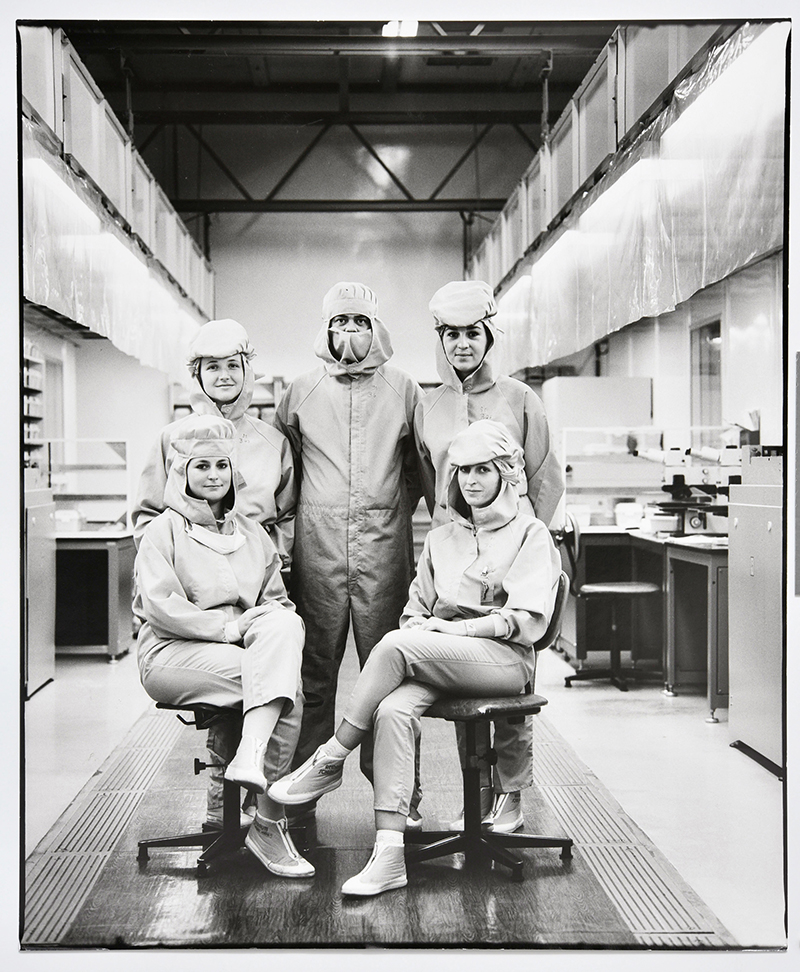 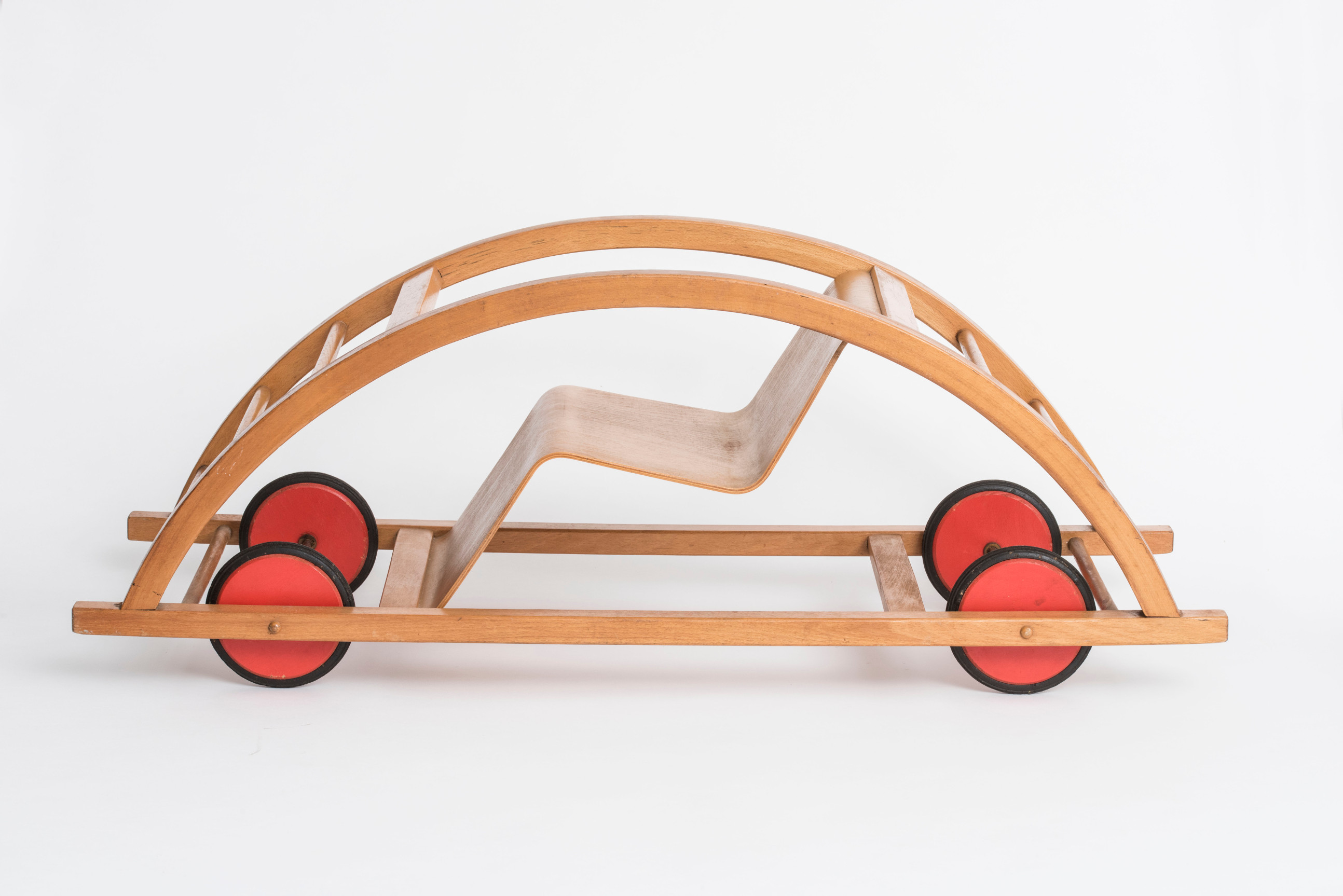 Shaping Everyday Life! Bauhaus modernism in the GDR is an exhibition of the Museum Utopie und Alltag, Eisenhüttenstadt, which was developed in 2019 as part of the Bauhaus centenary. It examines the reception of the Bauhaus in the GDR.
The Werkbundarchiv – Museum der Dinge, Berlin is taking over the exhibition in a slightly different form, in line with this year’s program focus on “East Modernism”.

Functional, durable and optimized for industrial mass production: “Shaping everyday life!” presents objects that were part of everyday life in the GDR – furniture, glassware, ceramics, technology and graphic design – and biographies of the designers who followed the tradition of the Bauhaus and contributed to the continuing development of its design principles and modern product design.

For example, the exhibition spotlights the design of furniture by the Deutsche Werkstätten Hellerau by displaying work by furniture designers Franz Ehrlich, Selman Selmanagić and Rudolf Horn. The furniture factory had become well known for its innovative products as early as the beginning of the 20th century.

The impact of modern and functional design, for example of designs by Wilhelm Wagenfeld, on the glassware and ceramics created by Friedrich Bundtzen, Erich Müller, Margarete Jahny, Ilse Decho and Christa Petroff-Bohne is also explored. The exhibition shows how designers such as Albert Krause applied the principle of functional, durable and practical design to new materials such as plastics. In addition, the concept of “living functionality” was further developed to achieve greater flexibility and user-friendliness, as seen in approaches such as the “open principle” demonstrated by the Mokick Simson S50 moped designed by Karl Clauss Dietel and Lutz Rudolph, for example.

The exhibition also examines the contradictions in the GDR government’s approach to the Bauhaus heritage in its cultural policies. Initial attempts to revive the Bauhaus tradition were followed by campaigns against so-called “formalism”, a ban on Bauhaus-style design and a return to what were regarded as national traditions in design. Modernism was tentatively rehabilitated when housing began to be constructed on an industrial scale. It was not until the refurbished Bauhaus Dessau was reopened in 1976 that the former school of design was adopted as part of the official cultural heritage of the GDR.

Shaping everyday life! explores how the Bauhaus heritage gradually became accepted in the GDR. It considers early publications and exhibitions in the 1960s as well as later exhibitions, including the exhibition entitled “The Bauhaus Experiment” which was held in Dessau in 1988 in collaboration with the Bauhaus Archive in West Berlin. Exhibitions such as these were used to promote the GDR’s cultural and political image.
Notwithstanding the chequered history of the reception of the Bauhaus, particularly during the years of the Soviet Occupation Zone and the early years of the GDR, former Bauhaus designers such as Mart Stam and Walter Funkat inspired the next generation of designers by their design practice and teaching at East German universities. The graduates of those universities would in turn have a profound impact on everyday culture.

The exhibition „Shaping everyday life!“ traces the exciting development of the reception of Werkbund and Bauhaus inspired modern design in the GDR and invites visitors to discover a hitherto long-neglected chapter in German design history. 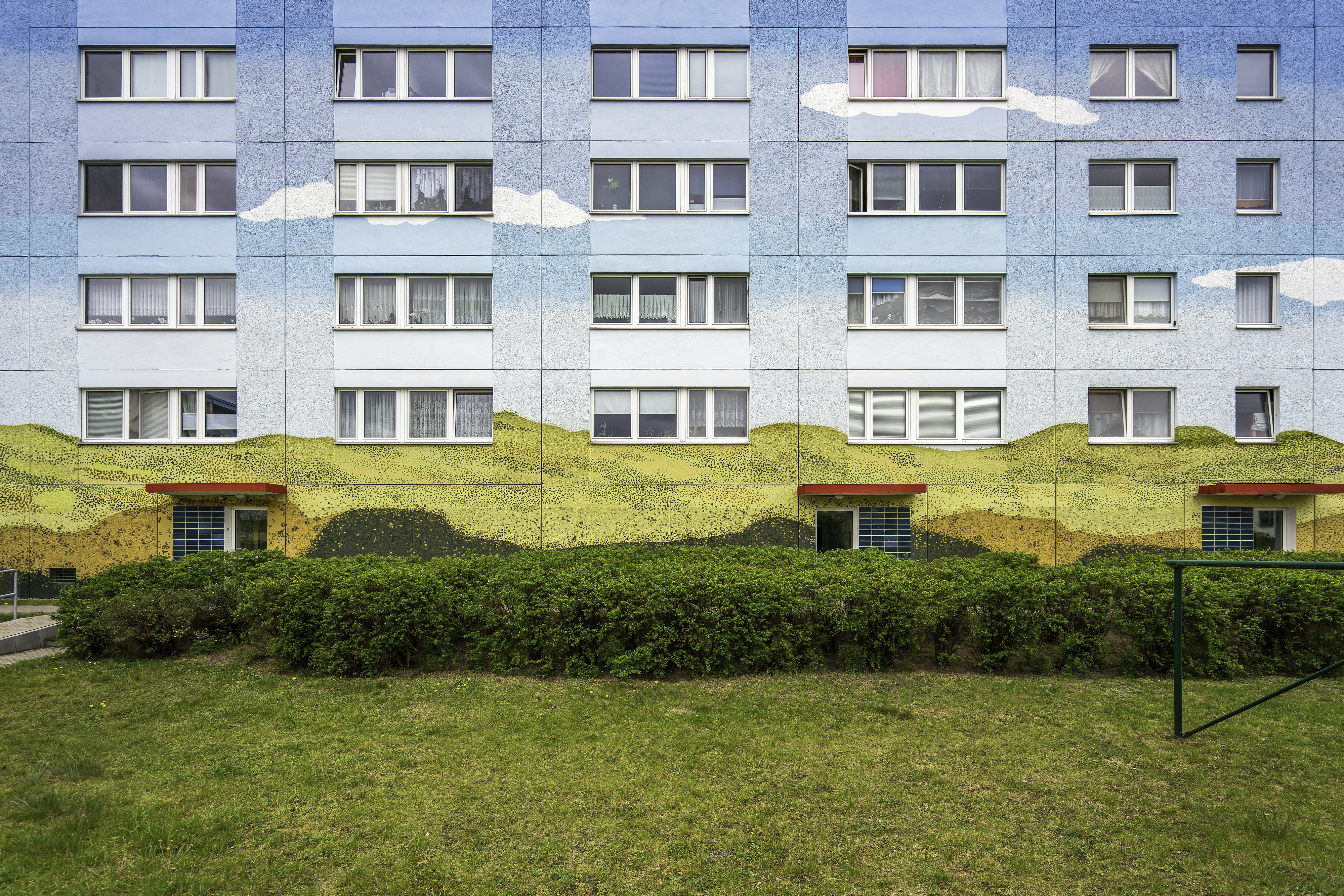 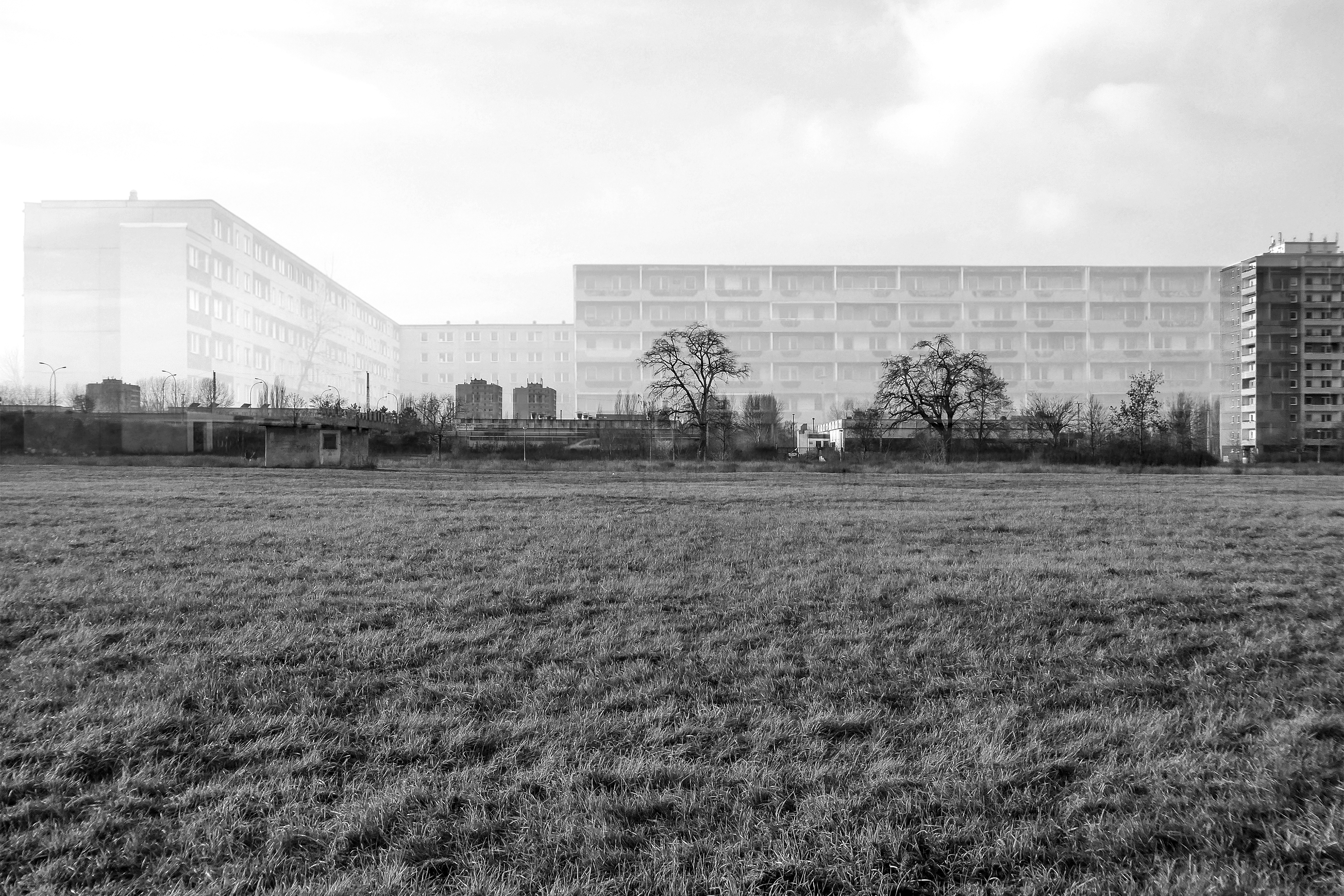 The upheaval of 1989/90 led to a watershed in urban development throughout Eastern Germany, especially for industrial cities in peripheral locations. Industrial and commercial closure, migration and declining birth rates are causing shrinking cities, demolition and urban transformation. How will these cities cope in the years ahead?

The upheaval of 1989/90 led to a watershed in urban development throughout Eastern Germany, especially for industrial cities in peripheral locations. Industrial and commercial closure, migration and declining birth rates are causing shrinking cities, demolition and urban transformation. How will these cities cope in the years ahead? Can history reveal specific opportunities for the future? The Museum of Utopia and Daily Life invites visitors, residents and experts to jointly consider these questions and develop ideas.

Eisenhüttenstadt is an especially suitable example: planned as a “new type of city”, the first housing blocks of the socialist model city were developed here 70 years ago. The exhibition takes comparative perspectives on Nowa Huta in Poland and Schwedt in Brandenburg: how are these cities shaping social transformation? The exhibition also presents plans, models and photographs, as well as the artistic installation “DDR NOIR” by the artist Henrike Naumann.

The exhibition project “Endless Beginning. The transformation of the socialist city” is supported by the Federal Foundation for the Study of the Communist Dictatorship in Eastern Germany and was developed in cooperation with the Department of Visual Communication at the weißensee academy of art berlin. Also in cooperation with the City of Eisenhüttenstadt and the Städtisches Museum Eisenhüttenstadt, City Archive Department. Media partner: Das Magazin.

If the national holiday is on a Monday, the museum is open. Closed on Christmas Eve, New Year’s Eve, New Year, even on Mondays.
The exhibitions are barrier-free. An elevator and a barrier-free toilet are available.

The Archive in Beeskow can be visited on guided tours. Please see our programme for details. In addition to public guided tours during the current event programme, it is also possible to book special tours.
Please contact us in advance at: +49 (0)3366 – 352727

Special guided tours:
€ 26 per group, plus entrance per person
*Pupils, Students, disabled  persons
** up to 20 people 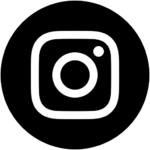